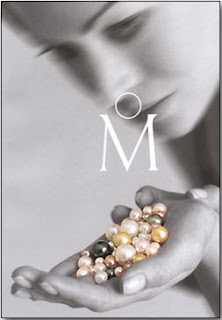 "I would like to adorn the necks of all the women of the world with pearls."
-Kokichi Mikimoto

With their mysterious yet pure and honest glimmer, Mikimoto pearls have won the hearts of countless people through the ages.
Born as the first son of an udon shop owner in, Mikimoto left school at the age of 13 and sold vegetables to support his family. Seeing the pearl divers of Ise unloading their treasures at the shore in his childhood started his fascination with pearls. 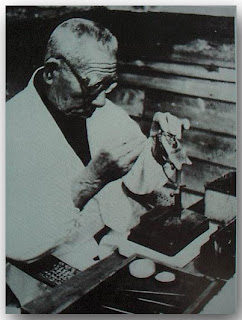 In 1888 Mikimoto took a loan to start his own pearl oyster farm. He threw himself into the task of seeding oysters and creating pearls, and for decades, he spent every waking hour on research and experiments. Regardless of the many complications imposed by nature, Kokichi pledged to commit every fiber of his being to the task and he had the stubborn confidence to turn mighty nature into his ally.
The day he had been waiting for finally came on July 11, 1893. It was the very first time in history when a human being had ever created a pearl. In the company of his wife Ume, Kokichi raised one of the bamboo oyster baskets out of the water, opened one of the oysters, and there, inside the shell, he discovered a shining hemispherical pearl, but it took him yet another 12 years to create pearls that were completely spherical and indistinguishable from the highest quality natural ones. The new technology enabled Japan's cultured pearl industry to quickly expand after 1916, and by 1935 there were 350 pearl farms in Japan producing 10 million cultured pearls annually. 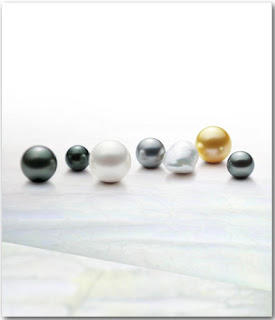 Once he had succeeded in culturing a pearl, Kokichi's urge to research grew even stronger. He had always been enchanted by the mysterious glow of the legendary black lipped pearls and silver lipped pearls, and he made up his mind to try culturing them. In 1914, Kokichi opened a culturing site for Black South Sea pearl oysters on Ishigaki Island in Okinawa. Overcoming the often daunting forces of nature, including continual typhoons, in 1931 he turned his fantasy into reality with the production of a giant pearl, 10mm in diameter.He also dispatched a team of researchers to the South Pacific island of Palau, where they had considerable success in culturing pearls.While trying to meet the challenge of producing black lipped and silver lipped cultured pearls, he encouraged the development of local pearl industries on previously underdeveloped islands. He contributed so significantly to the development of these islands that the name 'Mikimoto' is spoken of with reverence even to this day. 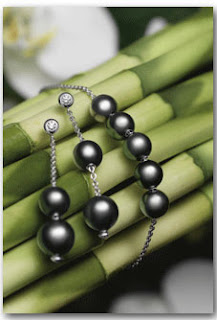 Just before his death on 21 September 1954, 96 year old Kokichi Mikimoto was awarded the Order of Merit (First Class) by the Japanese government.
In 1899, the first Mikimoto pearl shop opened in the fashionable Ginza district of Tokyo selling natural seed pearls, and half round pearls. The Mikimoto business expanded internationally, opening stores in London (1913). After World War II Mikimoto opened in Paris, New York, Chicago, Boston, Los Angeles, San Francisco, Shanghai and Bombay, and was thus one of the first Japanese brands to attain an international presence and recognition.
The Mikimoto mission lives on today, through the maintenance of the highest standards of quality in the pearl industry, and the continual strive for the finest materials and the most elegant of jewelery.