Just like every year that passes by, 2009 brings lots of memories, both good and bad, and so many ups and downs. Well thats life, isn’t it? But I think this year was remarkable, especially about my relationship with Dieter. Our relationship this year was full of struggles and trials. But I’m so glad that we still can through those horrible times.
So these r the remarkable files:

1. I graduated and start to work at Singaporean Bank (DBS) on January 5th. That was just great. More than I’ve had expected. I love the people, my boss, and the bank also. OK not the bank, but I love love my friends who worked at DBS. They were magnificent. And the best thing was, I earned the money. 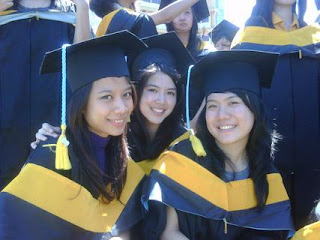 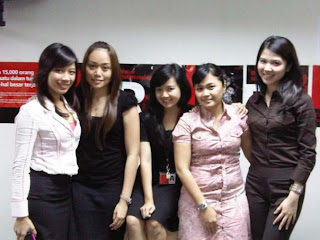 wiv some of my friends at DBS
2. I must said goodbye to my own baby Cutesy Girlz. Cos at that day, I must chose between my job and my online shop. And sadly, it didn’t work out if they stood together. So goodbye Cutesy Girlz, but not for good. I’ll rebuild my online shop this year, hopefully. With new concept and new items.

3. Struggles between me, Mr. D, and my parents. There were lot things happening, INCLUDE my parents wanted me to marry the “chosen” guy. I thought I was the most PATHETIC girl that time. Double middle finger! I almost believe that every love story doesn’t always have a happy ending. But hey! Me & Mr. D through that! Now we can make my parents believe that we are MEANT for each other, we’re unseparable, and we’re BELONG together. Trials make us stronger than before. 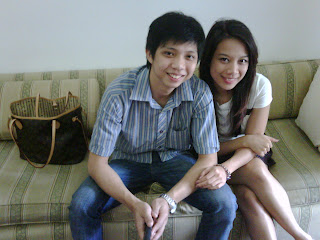 me and my otherhalf

4. On August, I resigned from my lovely office. My Dad insist me to work with him. I didn’t want to, but he kept telling me that no matter where you work, you’d end up here. (at my Dad’s office). So you better “drowned” myself a.s.a.p. Me: SPEECHLESS. And just nodding my head. STUPID


5. I went to my first trip (outside the country), ALONE. My friends were like, “who you’ll be with?”. I said, “I’m on my own”, and they’re like “No fucking way. You never be alone”. And yeah, they true. I’ll never alone through all my life. So I proved to them that I could. I stayed at my friend’s house. She was busy at that time, and I mostly spent my days at Singapore alone. Even I went to Singapore Flyer alone. I kinda enjoyed that moment. Especially when I was shopping! Here, there, everywhere, I LOVE shopping ALONE. And from my point of view when I alone, Singapore was not just about Orchird road after all :D 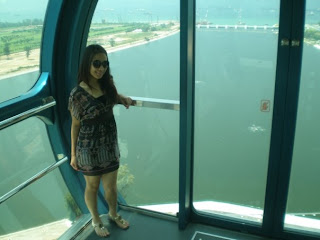 6. I watched Lady Gaga!!!!! You all know that the LOVE of my life are Amy W and Madonna. But appearantly, Amy W was too busy smoking crack, and Madonna only tour at US & Europe. I couldn’t reach them. And Gaga is a bit closer to them. She’s the new princess. She’s cutting the edge, and she’s not afraid to show us the “outside the box” performance.. She simply INSANE. I was soooooooo excited I finally watch her concert & make one of my friend ENVY me to the max. LOL. (I didn’t mean to, AL! You should come up with me & chose Singapore as your vacay destination instead Malaysia). And I was right. Me, Susan, and three other friends REALLY REALLY enjoy the concert. Gaga was FANTASTIC. 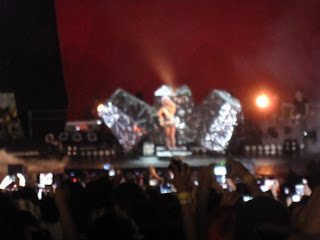 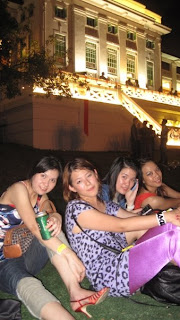 the girls at Fort Canning Park

7. The next month, (lucky me), I went to another trip to Thailand. Wiv my family this time. I love Thai too! I love the temples, and here’s the one I love most: SHOPPING area! God. I believe Thailand is one of the shopping heaven in Asia. Their keyword: EFFORTLESSLY CHIC. You can get valuable items at very low price! 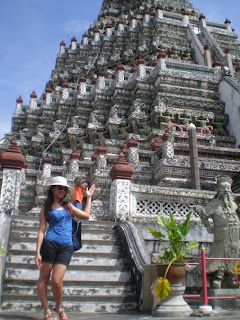 in the front of Wat Arun

8. And this year I made my decision about my religion. I’ve been a Moslem since I was born. When I grown up, things changed. The terrorist thing, the polygamy on marriage thing, and the “bla bla blah” thing, made me reconsider about my religion. Does Moslem fit me? I never like the way they dress & their way of thinking. I end up wiv Mr. D whom Catholic, he taught me many many things. At first, I ALMOST lost my faith in God. You know, when you watch NGC or science thingy, You’d find that the first human is not Adam, instead the foccils they found. The bible said God creates the earth on the first day, instead of dinos (which the scientist found their foccisl). And the whole world thing, who creates who? We’re not alone in this so called universe. It’s all confusion. I believe in lots things, I believe in karma, even I believe in aliens & UFOs.So is there any highest power? Why does it call God?
Well, it was my thoughts long ago, and Mr. D gave me a little lesson how we deal with life. And I chose Catholic as my religion now. I haven’s got baptised yet. But soon, as soon as he proposes me. Guys, don’t get me wrong. It was just my thoughts.
9. My family was a total mess this year. Instead of age gracefully, and make themselves closer to God, my parents chose ton “having” a lot fun with their friends. It’d be inappropriate if I write it here, but the things cost me a lot of FROWN too. And if I keep trap in this situation over and over, and with my current job, trust me ladies, I’ll get my first Botox before 30. I’ve been thinking about this all the time. My family, my job, my relationship, and all. I hope 2010 will bring such a new light to my family, and a even a lighter light in myself for having the job. There were happier times too, when my brother got married 

10. I lost many friends on 2009. Literally. Not losing because the death. But I lost them. As many new friends come into my life, many friends go too. Isn’t life about making friends? But I haven’t got the “real” yet. I’m not calling myself as a good friend to my friends, so I deserve this. When everyone has their soulmates (the REAL friends), I have Mr. D by my side. But sometimes, I need girl friends too. OK I admit that I’ve been too busy with my relationship for almost 7 years. I felt awful cos I was too busy to defend my relationship, my teenage time all gone.. I didn’t have much time to hang out with the girls, I was too crazy in love and now I’m regretting it. But, there’s no turning back. So I have to accept the consequences. This is one other reason why I won’t getting marry yet.. How I wish I could turn back time to my highschool.

11. I've become a model! LOL. I'm playing muse for my friend whom a bridal Make Up Artist. And I became a bride! The photo haven't done yet, but I'll post some photos from my last photoshoot. 1 more thing I know, that my interest in fashion become more and more intense this year. I hope this can bring some influences for the re-opening of my online boutique on 2010. 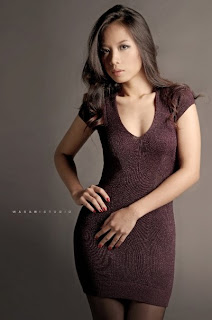 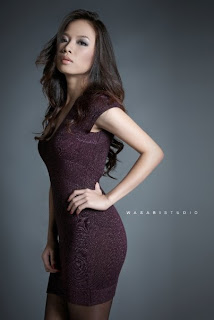 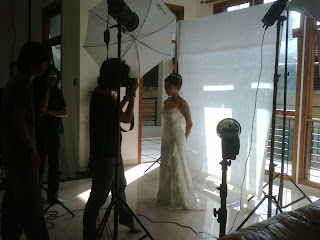 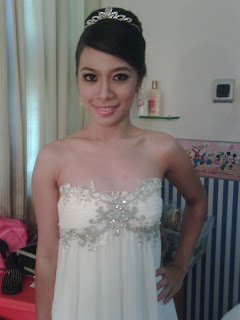 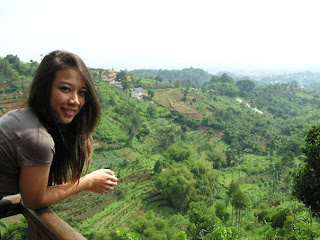